Jazz bassist Tommy Cecil has been active in the Washington, DC jazz scene since 1976 when he moved from his hometown Baltimore, MD. He has established himself as one of the most in-demand players in the area.

Tommy has had long associations with many of DC’s favorite jazz greats, including John Eaton, Buck Hill, Charlie Byrd, Dick Morgan, Shirley Horn, Brooks Tegler, and the Redd Brothers. As a freelancer, Tommy has worked with Mose Allison, Tommy Flanagan, Joe Henderson, and many other star artists. Concert appearances have taken Tommy throughout the U.S. and overseas.

Tommy is featured on dozens of recordings as a sideman. As a leader, he has released four albums: “American Melodies” with guitarist Nate Najar,  “Our Time: Sondheim Duos Volume 2” and “Side by Side: Sondheim Duos” with pianist Bill Mays; and “Samba for Felix” featuring Tommy Flanagan, Billy Hart, Gary Bartz, Paul Bollenback, and Cyro Baptista. He released two albums with pianist Louis Scherr, including “The Song Is You” and “Warm Valley featuring Joe Henderson.” 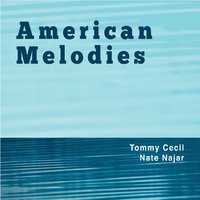